There is no dumber question than, “Why wouldn’t you have used a condom with her?” This is the question your buddy stupidly asks you after you fess up to making a mistake the previous night. We all know the pros and cons of bagging it before you sleep with a chick, and sometimes the pros win out in the heat of the moment. Then comes regret, and in some cases fear, especially if the woman you were with is a bar girl or Gogo dancer, or at least previously engaged in one of those two careers. So let’s get a few things straight. 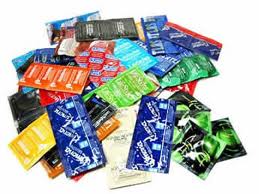 More than a decade ago Thailand started on a furious mission to end un-safe sex in the pay for play industry as a way to curtail the spread of HIV and AIDS. They put real money into all sorts of different methods for getting their message through to Thai prostitutes, and the statistics showed that the mission was a success, as the rate of HIV contractions went down significantly and impressively after being considered a near epidemic at its worst. Condoms were “in” big here for a long time, but many now feel that the amount of Thai prostitutes engaging in sex without condoms is on the rise. This could be due to two main factors: 1) The fact that HIV medications do work to some degree and are available to Thai citizens who need them, and 2) The generation of Thai prostitutes who realized the importance of condoms thanks to Thailand’s stand against HIV are long gone and the new crop of young girls have entered a climate where HIV isn’t as scary or as talked about as it was a decade ago. However, it’s the same damn disease! HIV rates may be slightly on the rise, but it’s also difficult to tell just how much that is a result of the recklessness of the working girls in tourist hot spots. The HIV stats have always been a little murky in Thailand, but I think it’s safe to assume that condom use is somewhat on the decline; there are just too many people who seem to agree on this and the main two causes I discussed above do make sense.
There is no hard data on condom use amongst prostitutes, but the overwhelming sentiment amongst the ex-pat community is that less and less women are even bringing up the word, “condom.” Certainly it doesn’t seem as though many of them carry condoms with them in their purse, and there was a time when that wasn’t the case. How does this impact you? I think it impacts you significantly if you are active in the scene. A decade ago if a bar girl hung out with you for a few days, insisting that you use a condom and insisting that they would never think of not using a condom with a customer – it wouldn’t be so crazy to think that you might be OK should you ever get to crack her condom wall. These days, that would be suicidal thinking. You have to assume that these girls engage in unprotected sex from time to time regardless of what they tell you and even if they insist on using a condom with you for the first few times. This isn’t exactly revolutionary thinking and you are probably well aware but it’s worth repeating.
And if we are in agreement that Thai women are no longer even close to as insistent on using a condom as they used to be, I think you need to stop trusting yourself to a degree as well. If you’re absolutely blasted after a long night of drinking and a prostitute says, “OK put this condom on,” you’ll probably put it on and this is the way things used to go. But if a girl doesn’t say anything and you’re 10 drinks in you wouldn’t be the first man to roll the dice bareback. If you plan on drinking and banging, you need to come prepared with a condom and you should really go into the night with the mindset that you will use a condom no matter how drunk you get or how hot the girl is. And I think that is the biggest impact the changing attitude has on you; we used to be able to count on the girls more for battling the temptation of having unprotected sex with them. But no more; that temptation can legitimately be there for you every single night and you’re on your own for whether or not you’ll do the right thing.
I can’t finish this article without giving some good news. Nobody is saying that you are sentenced to a life without rubber-less sex. In all tourist spots there are clinics and doctors who can administer quick tests with on the spot results in many cases. Even if you’re about to settle down with a girl who has never had sex for $ (or at least that’s what she told you), do yourself a favor and get the girl tested. It’s easy and cheap enough; it’s like 300-400 Baht for a test. And keep in mind that, although HIV is obviously the worst case scenario, it’s not an easy disease to contract and in most situations a night of stupidity isn’t worth freaking out about for a couple of weeks. However, chlamydia and gonorrhea suck and they’re very easy to contact and they’re very prevalent in the scene. Get your gals tested or wrap it up.
I also hear that condoms have another use as well; what was it?…oh yes they can also help to prevent you from knocking a girl up and that’s kind of important too, right?

M. Schwartz is an expert in all things Thailand. Having seen and done it all, there is nobody more equipped to teach about a successful ex-pat transition to Thailand. He wrote the cult classic guide book for men in Thailand called, How to Get the Most Bang for Your Buck in Thailand
View all posts by ParadiseCity →
Thai Girl Habits I Can Do Without
Meeting Thai Women on Facebook

2 Responses to Condoms in Thailand